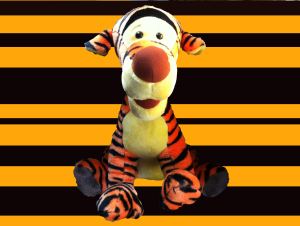 Most Western parents who read Amy Chua’s “Battle Hymn of the Tiger Mother” book read in horror. For those who have not read the book, it recounts the strict disciplinarian parenting style and relentless focus on academic and musical achievement of a Chinese parent. For people brought up in the Far East, it’s different. On a visit to a friend in Hong Kong, I asked her if she had read the book. She looked at me hard to decipher whether I would judge her if she were honest, before replying; then we both laughed in agreement that for us “What she describes is just normal.”

I’m not saying it’s normal to timetable your children’s free time so that they are working all day and collapse exhausted at night, or to emotionally blackmail your children into 4 hours of piano a day, but the tiger parent ethos of involvement in your child’s education and emphasis on scholastic achievement is part and parcel of Chinese, and many other cultures. In reality, I don’t think that this is too far removed from Western values. There are also many Western parents who “expect” their children to achieve; the difference is that they “expect” their child’s school (particularly if it is fee paying) to deliver this expectation rather than to be personally involved. To this end, if Johnny does not get into “the best school/ university”, the teachers can expect a parental rant, whilst for the Chinese parent, either the child would have delivered the expectation (due to the parents’ support) or the parents will feel like complete failures and blame no one more than themselves. To the Chinese parent, the Western attitude of abdicating responsibility for education to schools is rather strange. To the Chinese parent, the school (however good) is only one arm of the education battery, rather than the entirety and personal responsibility is taken for education.

This usually involves extra work at home (to a varying degree from acceptable to bordering on abusive), educational outings (museums, libraries, art galleries, historical landmarks), educational conversation (ranging from fully answering any question the child asks (possibly involving graphs, Venn diagrams and how to construct a computer program to answer that exact question…), to grilling on times-tables and “What’s the capital city of…”) and mostly an extreme nosiness on the state of their child’s performance in relation to other children (whereupon, if there is a hint of not keeping up, efforts are redoubled). When test scores come back less than perfect, there is a focus on the mistakes made rather than correct answers, not necessarily because anything less than perfection is acceptable (although there is this too!) – but because the parent is trying to understand where the child requires additional help so that they can provide it. All this is quite frankly a lot of hard work, but a Chinese parent will feel somewhat a failure if they do not do this (to greater or lesser degree) as it’s practically in their blood.

Understanding where this parental drive comes from is important as it is purely a case of Darwinian adaptation to environment and survival of the fittest at its best. Historically in the East, as was the case in Jane Austen’s times, the future of your family and your predicament in old age was dependent on either securing a good job for your son or a marital match for your daughter. In the West where these were achieved by birth right or having refined manners, children were encouraged to look down on lower social classes or were indoctrinated to sit up straight, know their soup spoons from their dessert spoons and make gentile conversation lest Mr Darcy be in the vicinity. In more meritocratic societies where a peasant with a PhD could become better regarded than a banker’s son without, having academically accomplished children is an economic investment. Generations of positive selection for successful “tiger mothers” has led to a society where tiger-parenting is the norm. Interestingly enough though, now that the job market is becoming increasingly global, “Who your parents are, or which school you went to in the UK” is paling in significance to university degree obtained in the worldwide jobs competition, and as such I have witnessed more and more British tiger parents emerging. For example, in my children’s Mandarin class (which my children are sent to purely to be in touch with their cultural identity), half the children in the class are European, sent to learn mandarin at age <4 years to enable them to be “competitive” in the future jobs market. There are also parents living in tents overnight to be the first in the queue to obtain application forms for sought after academic schools and gymnastic classes. I think tiger parenting has definitely arrived in the UK.

My personal view is that achievement is important. Achievement, “developing to the fullest” and “achieving potential” is a ratified right in the UN Convention on the Rights of the Child (alongside the right to healthcare and education). Encouraging work ethic in children to obtain achievement is not a sin. To this end then, I fully put my hands up to being a tiger mother. Do I check my children’s homework? Do I stress the importance of getting all their spellings right? Do I make them do 10 minutes of a workbook each day on top of work set by the school? Do I supervise their reading every day? Do I coerce my daughter to practice piano for 10 minutes at least 4 times a week? Do I insist (with varying success) this continues in the holidays. Do I express disappointment if I do not think they have really tried? Do my children think that my favourite hobby is doing workbooks with them? Do I pack a “Make your own volcano kit” in our suitcase for a holiday to Sicily as I know we will be going up Mount Etna and I want to explain how it works to the kids? When I go to their school, do I scrutinize the work of other children in the class and compare it to that of my own kids? Yup.

However, I would also agree with Western values that scholastic achievement is not the be all and end all for success. It is interesting that in the UK the Chinese population outperform other ethnicities in school exam grades, yet they continue to under-perform in employment thereafter considering their academic qualifications. The Guardian 2011, reporting on findings of the Equality and Human Rights Commission Report stated “British Chinese youngsters are the highest performing ethnic group in England at GCSE”, and “British Chinese men and women were twice as likely to be in professional jobs as their white British counterparts. But average earnings remained around 11% lower throughout the population than for those classed as ‘white Christian’”. I would argue that this employment underperformance of the British Chinese is in large part due to the fact that their critical period of development (childhood) was too focused on academic attainment at the cost of interpersonal skills. Play-dates, parties, drama club, debating team, sports teams afford regular opportunities to practice social skill. What better way to learn the diplomacy and politics of the board room than years of practice in the locker room? Whilst largely attainment alone will get you into a top university, it is interpersonal skill and political savvy that will get you into the Western boardroom.

Further the cultural focus on respect for elders, authority and hierarchy indoctrinated in Chinese homes that facilitate academic achievement and lead to success in the workplace of the East, inhibit the free thinking, challenging of norms, stepping outside chain of command and assertive attitude required in the Western workplace. Transplanting elements required to succeed in one environment (the East) into another (the West) can only get you so far, and again, harking back to Darwinian theory, adaptation to new environment is required for success. Another approach to think about this adaptation to environment is in relation to Westerners hoping to crack it with the Asian premiere league now that China is touted to be the next super-power. Your received pronunciation won’t get you noticed, but it generally helps if you have a PhD from a top global University.

Further, although “success” is paramount to the tiger parent, this is measured purely in terms of academic/ career and financial success. What of “happiness”: my preferred measure of success? In psychiatry you have the rare position of seeing the psychological mess behind the veneer of many successful people, and you quickly realise that “happiness” is a much better yardstick for success. In my clinical practice I have asked many a tiger parent that has taken things to the extreme: “What’s the point of your child going to Oxbridge if they commit suicide there?” (it does happen). Of course, achievement and money contribute to “happiness”, which is why I continue to maintain these are important, but self-esteem, integrity and robust personality take precedent in my book. None of this “inferiority” coupled with “superiority” package that Amy Chua is now marketing (this by the way, sounds like the professional description of a personality disorder not the secret to success). What I advocate is pure and solid (and highly unmarketable): self-esteem, self-respect, respect for others, positivity and humour.

How can this be engendered?

To a large degree by parents.

Alongside my workbooks and volcano making kits, I hope to practice this ethos too. To this end, I would like to be a Tigger mother. A tiger none-the-less, but one that is soft, cuddly, laughs, and is full of fun.

And probably quite a bit annoying. 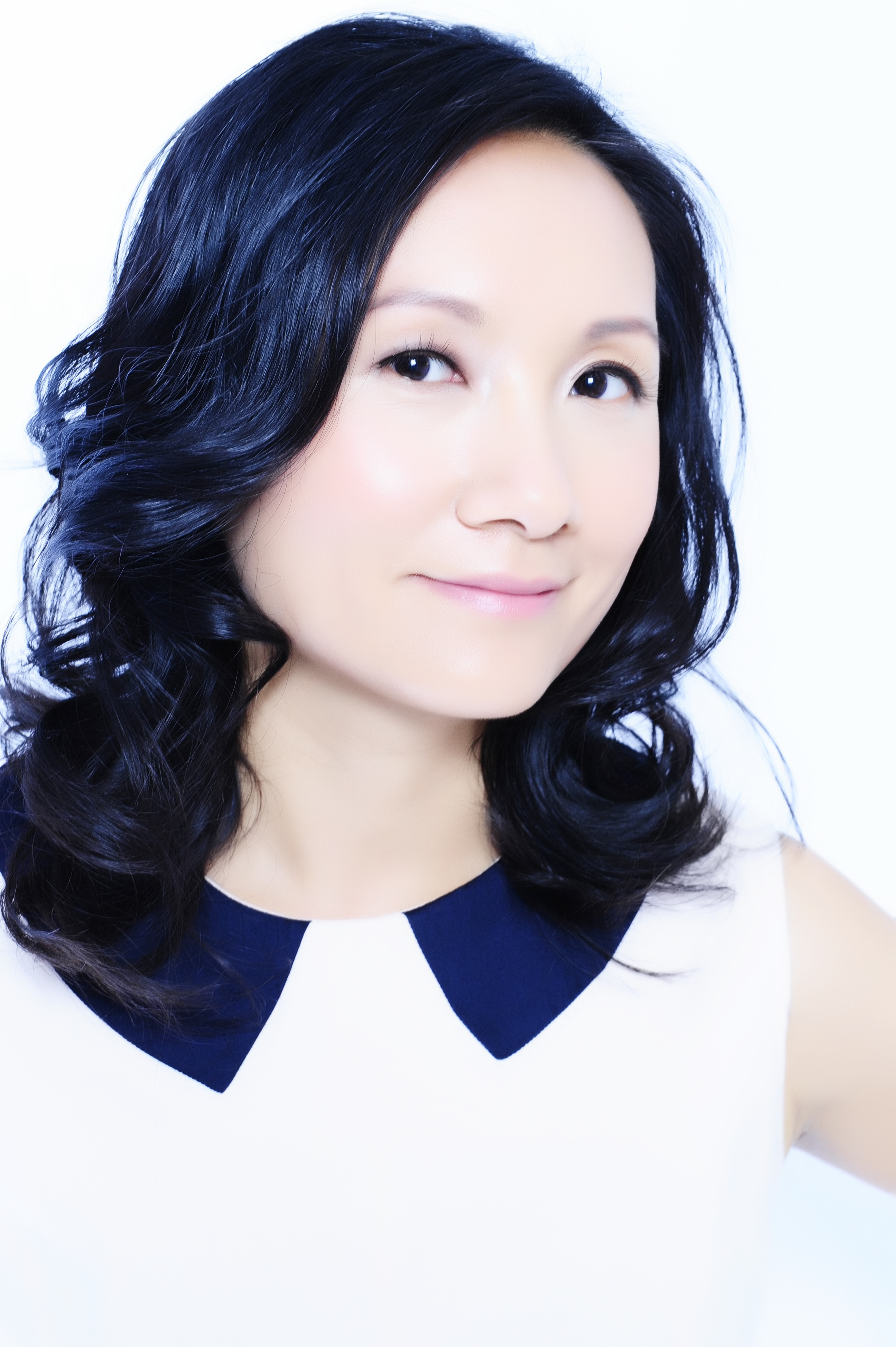 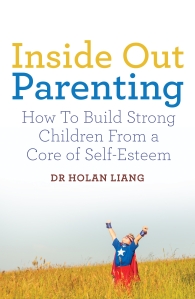