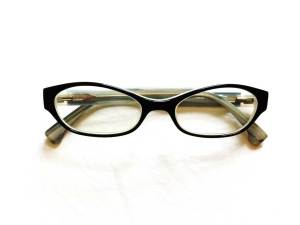 Everyone (I hope) recognises the existence of genes and their effects. Most people are happy to “believe” in genetic effect in hair colour, blood group and genetic medical disorders, but where “personality”, “intelligence” and “mental health”, come into it, most people prefer to see environmental causation. Part of the problem in selling genetic explanations is in the fear of “determinism”: the thought that your lot in life could be determined at birth and that human will and struggle are for nought. The funny thing is that “nurture” the proxy term for “environment” can also have its own form of determinism, with many people struggling to escape from the prison of their family and birth environments. Funnily enough, it is when things go wrong, when a child becomes “out of control”, that people flock to a genetic explanation, absolving themselves of responsibility. “They were born that way. It had nothing to do with our parenting.”

Outcome is clearly about both nature and nurture. What interests me is the interaction between genes and environments. It’s a wonder how the nature vs nurture debate has lasted so long, as the two are so intertwined. At the most basic level the success of a gene is purely based on its suitability for the environment. At a more complex level, a parent will give to their children both genes and environment, genes will seek out their own environments (e.g. a child with “intelligent genes” will ask to go to chess club), and evoke their own responses from the environment (a child with genes for physical attractiveness will generally evoke more favourable responses from others).

It is a misconception that you can have “good genes” and “bad genes”. Genes are like nature’s version of trial and error. A new combination is attempted at every conception, and the genes that are successful within an environment survive, the ones that don’t fall away. Thus the success of a particular gene is purely judged on environmental adaptation. A “good gene” in one environment may be a “bad gene” in another. Take genes that cause sickle cell. This is generally thought of as a “bad gene”, causing anaemia. However, in some parts of Africa, where Malaria is endemic, the sickle cell gene is a “good gene” as it is protective against malaria. This is palatable when talking about a medical condition, but the same applies for genetically determined personality traits.

Take aggression. Elements of aggression are genetically determined. It easier to think about dogs when talking about this: certain breeds of dog make for better security and attack dogs. No one would ever have a pug dog or poodle as a security dog. Yes, you can rear a poodle or pug dog to be aggressive certainly, but not as readily or to the same extent as an Alsatian or Pit Bull. There’s something in the genes. However, aggressive genes are not in themselves “bad genes”. In certain environments (the end of the world/ lost in a dark forest with wild animals surrounding you, a competitive job market), they may be the best genes ever.

Another reason for fear of genetic explanations is in the fear of genetic modification, gene selection and “tampering with nature”. You either feel it will end in a slippery slope to eugenics or you feel there is nothing that can be done with genetic predispositions and you just have to live with them. The thing is; it’s much simpler than that. In this day and age; we are able to cheat nature. My genetic predisposition to short sightedness has been environmentally sorted by living in a country with access to an optician. By all rights, had this not been the case, I would be dead by now, probably having gone to hug a grizzly bear that I mistook for my mother. The most common genetic predisposition in the world; that for having dark hair; is environmentally corrected around the world on a daily basis by bleach from a bottle.

WHAT HAS THIS GOT TO DO WITH PARENTING?

Well, it strikes me that as parents, we are able to drastically manipulate our child’s environment, especially the early environment, which is thought to be one of the most important periods of environmental influence. This is not only by providing safety, books and toys, but exposure to language, music, models for good social interaction, peer group, selection of nursery,  primary and secondary school, and critically, love, warmth and understanding . By learning via observation about our children’s “genetically determined” personality traits, we are able to best shape their environments to suit their needs. All parents are doing this already off course, when you select your child’s nursery, primary school and secondary school, you are thinking not only about the values of the school you wish to impart on your child, but the attributes of your child and how they will fit into the school. It would be an oversight to send a small, intelligent boy with a love of learning and loathing for the outdoors to a school specialising in outdoor sport with a relaxed attitude to bullying, for instance. If your child has particular needs, for instance a learning difficulty, for all the medications and new age therapies; thinking hard about school and environmental placement is the most effective treatment.